Fear is powerful. It can waylay you from your heart’s desire or it can save your life. As I see it, there are two kinds of fear: rational fear and irrational fear. Rational fear can save your life – it gets you out of a burning building and prevents you from getting in an elevator with a nefarious stranger. It is necessary for survival. Irrational fear is a mind construct – it requires a past for lamenting and a future for projecting. This fear is unique to humans. Both have the same physiological reaction in the body and both hold great power over us. It is this second type that I will be referring to, as it is the one that can cause us to suffer needlessly and is therefore worthy of discussion. I call it irrational because it stems from a thought in the mind rather than a tangible threat.

I have a vivid memory from sixth grade when the teacher asked us to publicly name what scared us the most. I was so terrified of saying something silly in front of my peers that I became frozen with fear. Ironically, I couldn’t think of a single thing that scared me as I waited my turn. I have no memory of what I actually said. All I know is that it didn’t resemble the truth, only an intense effort not to look foolish. In retrospect, the truth was lost on my frightened eleven-year-old self. As I sat in fear, the great irony is that I had no idea what really scared me.

Part of the reason I didn’t know what I was afraid of is that I was stricken by it. It wasn’t over there – it was right here, occupying every cell in my body. It overtook me. And when we over-identify with any emotion, we can’t think clearly or understand it cognitively when we aren’t separate from it. Eckhart Tolle talks about being the “Watcher of your Thoughts,” a concept that helps us to separate ourselves from the things we think and feel. We are not our thoughts and feelings. They are separate from us, kind of like the weather that comes and goes. If we can learn to observe them as such, we are in a more powerful position to act from a place of peace.

Name it and keep it close

Another reaction to fear is to attempt to run away from it. Running from fear doesn’t make it go away, it simply keeps you from facing it and understanding it. It’s still there. Acknowledging what we are afraid of gives us an opportunity to look at it, examine it, feel it, name it, and most importantly get to know it well. After all, you can’t overcome what you don’t acknowledge. If you prefer to think of fear as the enemy, then just remember the old adage, “Keep your friends close and your enemies closer.” You can think of fear as your friend or your enemy, but either way, keep a close eye on it.

Get Curious about it

Once you stop over-identifying with it and running from it, get curious and take a real look at it. It often has an important message for you. If you stay open and curious, realizing the threat is actually only a thought in your mind, and more often than not with no basis in truth, your body relaxes. When you relax, you can get creative. That’s when your fear can begin to work for you instead of against you.

What scares us the most is often what we are compelled to do. I’m talking about the kind of fear that feels scary but exciting, not icky or life threatening. Case in point: Damn if my sixth grade fear of public speaking and looking foolish in front of others doesn’t still plague me. And public speaking has become a goal of mine so, I’ve taken on some challenges in recent years to put myself in front of people to speak which has had scary moments. Fear was there, but instead of negotiating my way out of it, I used fear as a propellent rather than a deterrent. And nothing is more gratifying than facing fears and taking action in the direction of what we really want.

Make it work for you

I heard a story on the radio recently about a guy who was paralyzed by fear after his wife left him. http://www.npr.org/blogs/health/2015/01/16/377239011/by-making-a-game-out-of-rejection-a-man-conquers-fear When he realized his biggest fear was rejection, he created something called “Rejection Therapy” a sort of desensitization to rejection. He figured if he made rejection his goal, then every rejection he experienced was a win. He challenged himself by creating situations that would cause rejection. What he discovered was that by putting himself out there, he became less fearful and was rejected less than expected. Our fears are always worse in our minds than they are in reality. He began writing his ideas on cards and selling them so that others could get in on the fun, and now it’s become a business for him. He turned his fears into fuel for betterment and growth.

As Franklin D. Roosevelt so famously stated, “The only thing we have to fear is fear itself.” Unexamined fear creates chaos and misery, starts and perpetuates wars, and keeps us from a life of peace and happiness. When we are committed to examining our fears, we can take charge of our experience and create a better existence.

Whether the goal is as simple as overcoming rejection or as grandiose as creating peace in our world, acknowledging, understanding and harnessing our fears are essential steps in helping us to move through them. Becoming aware enough to stop ourselves from over-identifying with them or pushing them away, we can observe and learn from them. If you get curious and creative enough then maybe, like this guy, you can even have some fun with it.  If he could get an 80-year old Russian Babushka to play “rejection therapy” to pick up men, then just think of what you could do!

I’d love to hear from you. What scares you the most? What fears are keeping you from doing something you really desire? What creative steps do you plan to take to move through them? 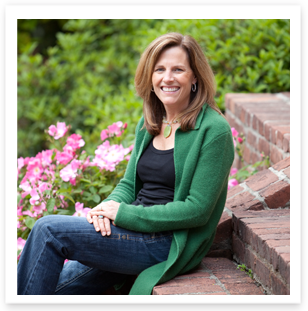 “Satisfaction of one's curiosity is one of the greatest sources of happiness in life.”
~ Dr. Linus Pauling